And I’m on a mission to help 1,000 people heal their bodies so they can feel energized, happy, and more productive.

I DEALT WITH FREQUENT MIGRAINES FOR 25 YEARS. At first, they were occasional. However, as I got into my 20s, the frequency increased to a 1-2 a week then to 3-5 times a week. And then finally, in 2010, I had a migraine start that did not go away for an entire year.

I saw doctors, had test after test done, took all kinds of preventative and reactive medication, tried supplements, massages, and cleanses, eliminated all sorts of foods, ate healthy, and exercised.

Nothing seemed to work and sometimes things seemed to get worse.

While I was seeking answers for my migraines, I noticed a host of other symptoms appearing…brain fog, anxiety, depression, fatigue, insomnia, irritability, muscle tightness in my shoulders and neck, and extra weight/bloat.

I hated that it took me HOURS to feel awake during the day because it totally impacted my productivity. And it was really hard to plan anything in my life because I never knew when I was going to be having a migraine, or dealing with brain fog and anxiety.

All my test results came back normal, so doctors didn’t have a lot of answers for me besides medication or a referral to another doctor. I had several doctors tell me that it was something I was just going to have to live with.

I tried searching the internet all the time looking for solutions. There was so much conflicting information that it made things even more confusing. And I got scared because I would read story after story from women who were dealing with the same thing and had for decades.

No matter what I was told, I didn’t want to believe that I was stuck feeling like this the rest of my life.

By this point, I’d had enough. I was sick of feeling trapped in my body and I was not ready to resign myself to the fact that this was going to be my life.

I knew there had to be an answer out there; I just hadn’t found it yet.

It was at that point that I was introduced to a women’s health strategist and she was supporting women with everything that I was struggling with. While I was skeptical at first since I had been dealing with these things for years, I knew I had to give it a shot. I was DONE dealing with these health issues.

And I am so glad I did because the result of our work was nothing short of life-changing.

Through our work together and functional lab testing, I was able to uncover that I had a number of imbalances in my body that were causing my all of my issues.

None of these results came back on any of the tests that my doctor had run. In fact, every doctor told me that my test results looked normal and nothing was wrong. I now know that’s because they weren’t looking for these types of malfunctions, but was blown away at the time.

My coach educated me on how to optimize food, fitness, and lifestyle habits to eliminate I was dealing with. Within just a couple of months after implementing her suggestions, ALL my health issues had melted away.

At this point, I honestly don’t remember the last time I had a migraine. The anxiety and depression melted away, my energy is higher than it was even as a kid, and I have mental clarity all day long. All my symptoms, ones I dealt with for a LONG time, melted away.

This, coming from someone who questioned whether she’d feel “normal” ever again.

I actually feel better now at 40 than I ever did in my 20s or early 30s, which is quite opposite to what society teaches us is supposed to happen.

My Journey Into Health Coaching

As I began to heal, I fell in love with functional medicine. I saw that it was literally changing my life and I felt better than I ever had. Migraines, something I had dealt with most of my life were gone. Brain fog, nagging fatigue, anxiety, depression, and insomnia…all gone.

AND, something I didn’t expected, I got fitter and faster even though I was getting older.

I had always wanted to work in the health space. I had been an athlete most of my life and love the science behind what makes the body work.

So, I went back and I got certified as a Functional Diagnostic Nutrition® Practitioner because I wanted to be able to show people who are on the same path I was that it IS possible to feel better…that you don’t have to be a prisoner in your own body.

So now I help women heal their bodies so they can be happier, more productive, and live life on their terms. 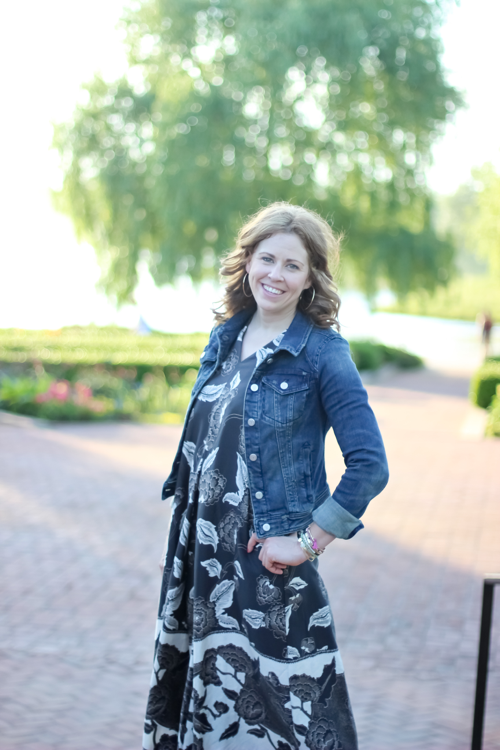 How I Help My Clients Heal:

I am trained to identify hidden malfunctions in the body through functional lab testing, which are different labs than most doctors run. Here’s a little bit about the process I take all my clients through: 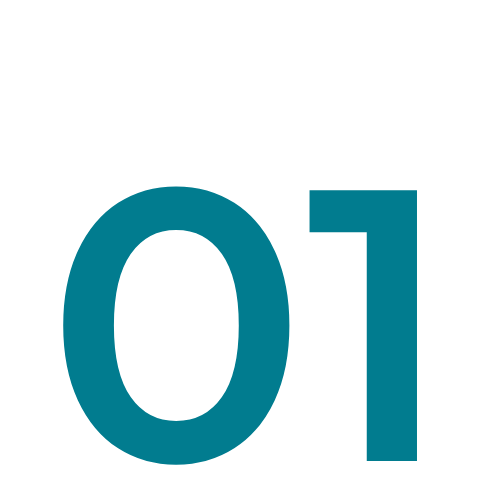 Identify the Root Cause 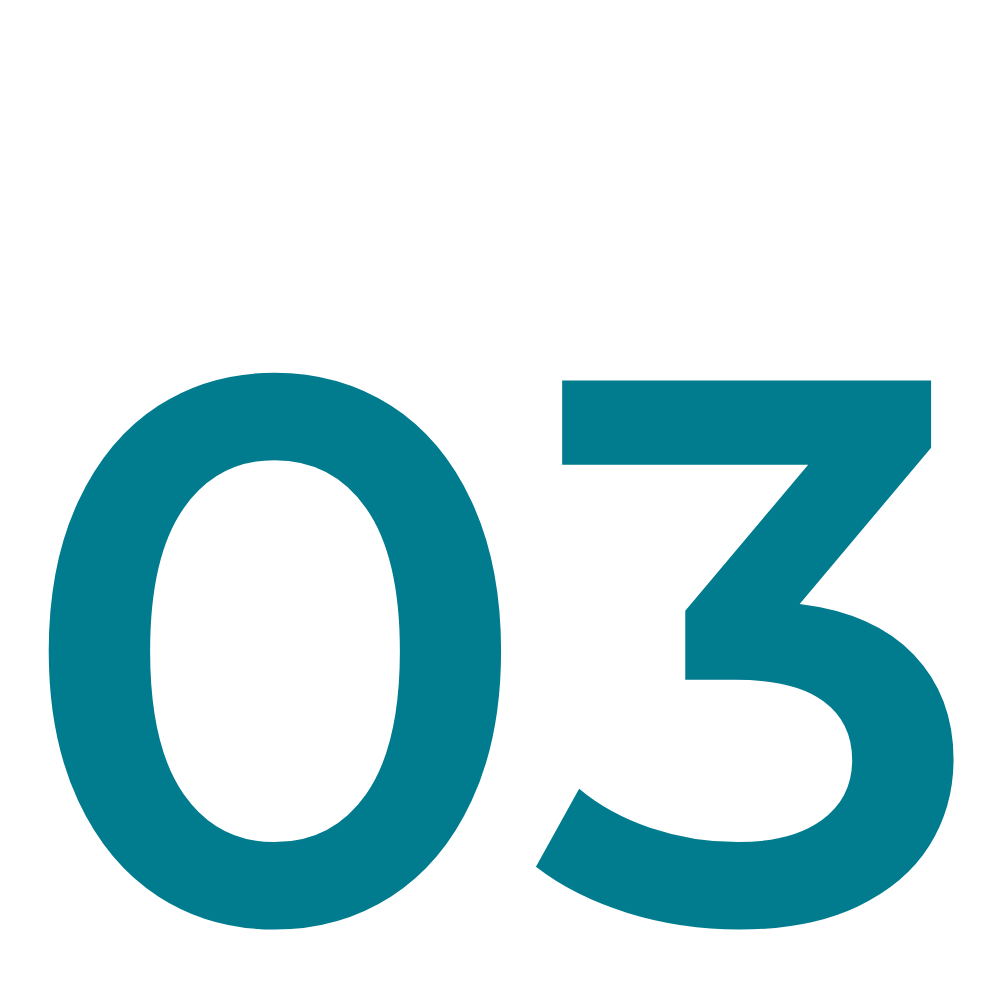 Creation of a SIMPLE to implement, tailored program for you, rather than using a one-size-fits-all approach. 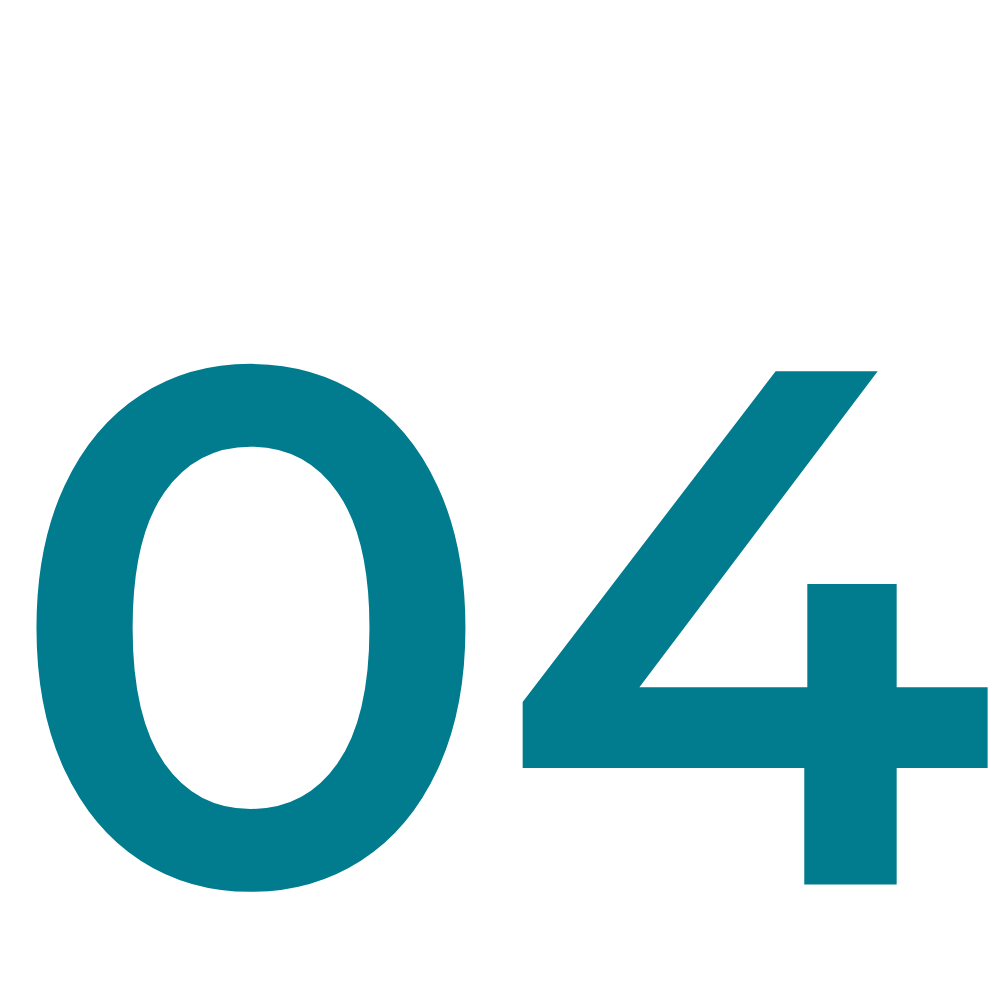 Unlike other health and wellness experts who guess and focus on just one or two pieces of the puzzle, I offer functional lab testing to uncover the root cause of your migraines that make it clear as to what path to take to eliminate them.

Ready to say goodbye to feeling terrible all the time and start living your best life?

Take a look at how I work with clients or book a free consult to chat with me to see how I can help. 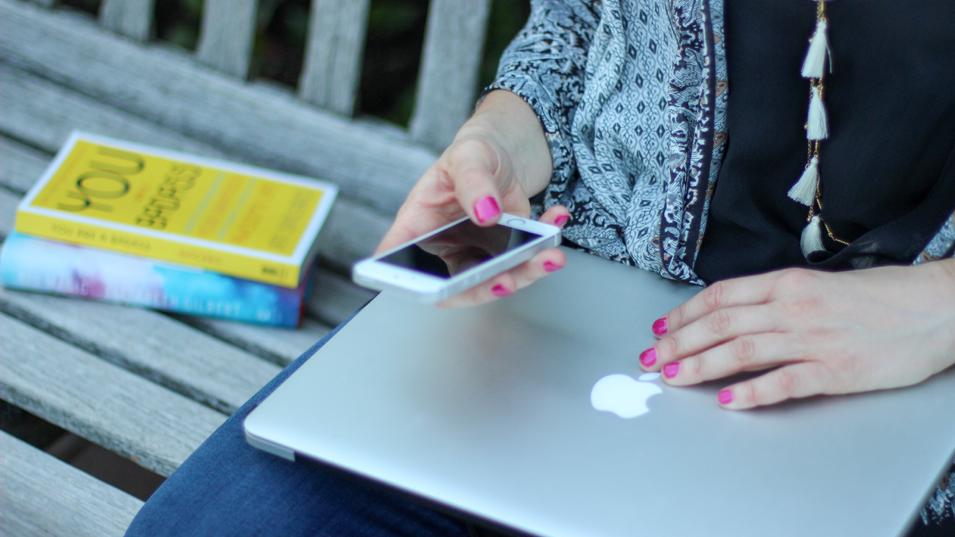 WORK WITH ME
I work with clients all over and have both short- and long-term packages. 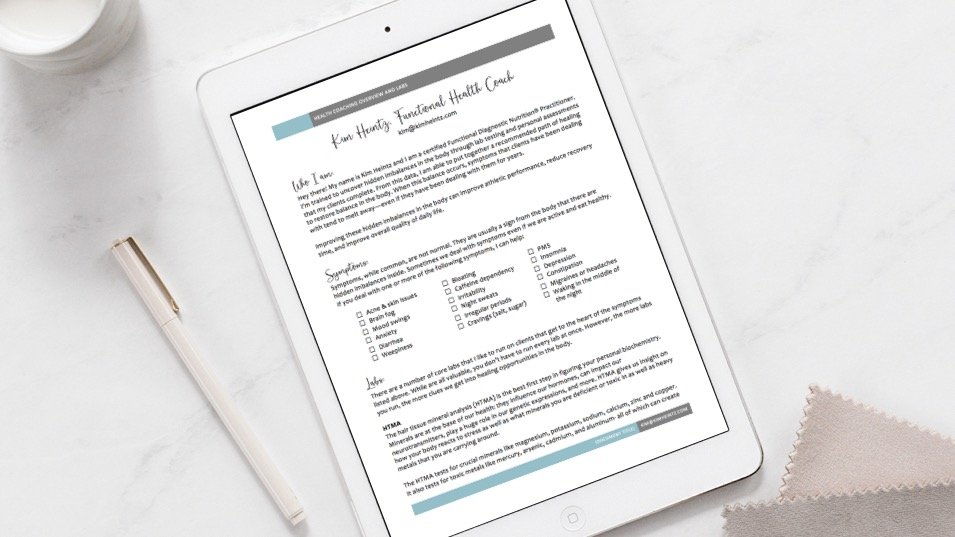 RUN LABS
Get data that you can correlate with your health issues. 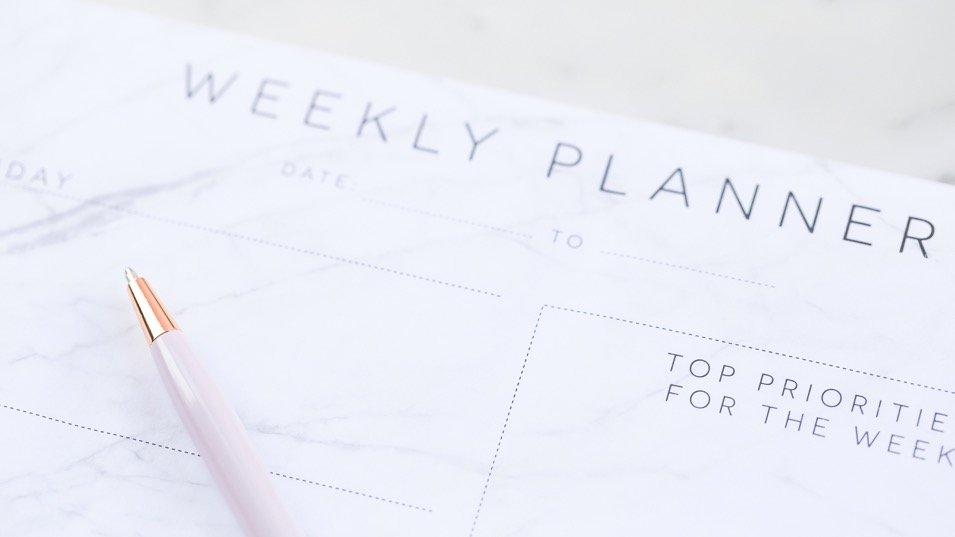 BOOK A FREE CONSULT
Have questions on the labs? Want to see how I can help you?

A little more about me:

You can find me on my bicycle several days a week.

In 2019 and 2021, I placed 3rd overall in a nationally-ranked long distance mountain bike race

I live in the Midwest, but I consider Colorado my second home, and I try to spend a month there yearly.

I spent most of my life despising cooking and being indifferent to food but now really enjoy it and look forward to grocery shopping.

I am really tech-savvy and LOVE playing with new software and trying to figure it out. In fact, I used to build websites as a side business/hobby.

What Clients Are Saying: 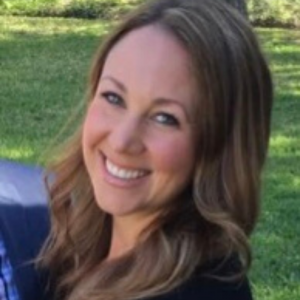 I am so grateful for Kim and everything she has done to help me navigate my health journey. I wouldn’t have known where to begin nor where to go without her! She is the most thorough practitioner I have ever worked with, extremely communicative, and such a kind soul.

In just one month, the bloat in my face & stomach have gone down significantly; my “Alfred Hitchcock” belly is gone, which is awesome! My skin looks better, and my energy has increased!

I would highly recommend her to anyone who wants to improve their health by finding the root cause! 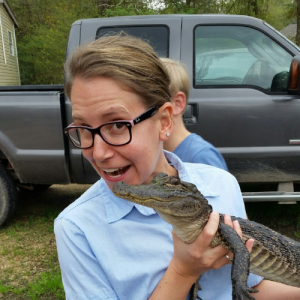 Kim has been such a blessing to my life. Prior to working with Kim, I knew I wasn’t living the lifestyle that would help me to feel and perform at my best, but I didn’t know where to start. I assumed that my health concerns were all a part of getting older, and I just had to learn to adapt. But Kim has taught me how to take back control of my body.

Not only does she care about my health and how I feel, but it sometimes seems as if she knows my body better than I do. Her methods have taught me that I am capable of achieving my best self. 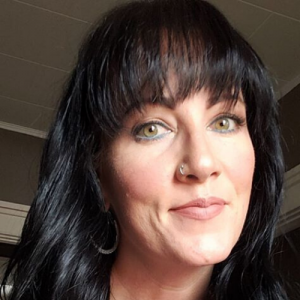 I decided to work with Kim and it’s been the best decision I’ve ever made.

After testing, now I know exactly what my body is lacking and have been on a supplement routine for a few months now. I’ve noticed that I feel so much more energetic…especially in the mornings! My mood has been better…my focus is better….I’m loving this! Also, it is so nice to have somebody in your corner to help you out when a supplement might not work for you or you need a plan B. It’s so nice to have the support!