Do you have candida?

Ever wonder whether you have candida?

I spend a lot of time connecting with women about their health issues, and candida/recurring yeast infections is a topic that comes up ALL the time. So if you’re struggling with this too, trust me when I say you’re not alone.

Candida is a fungal infection that is caused by a yeast.

It normally lives on the skin and in several places in the body.

While we all have a small amount of candida that doesn’t cause problems, many people deal with a candida overgrowth that can cause many health issues. 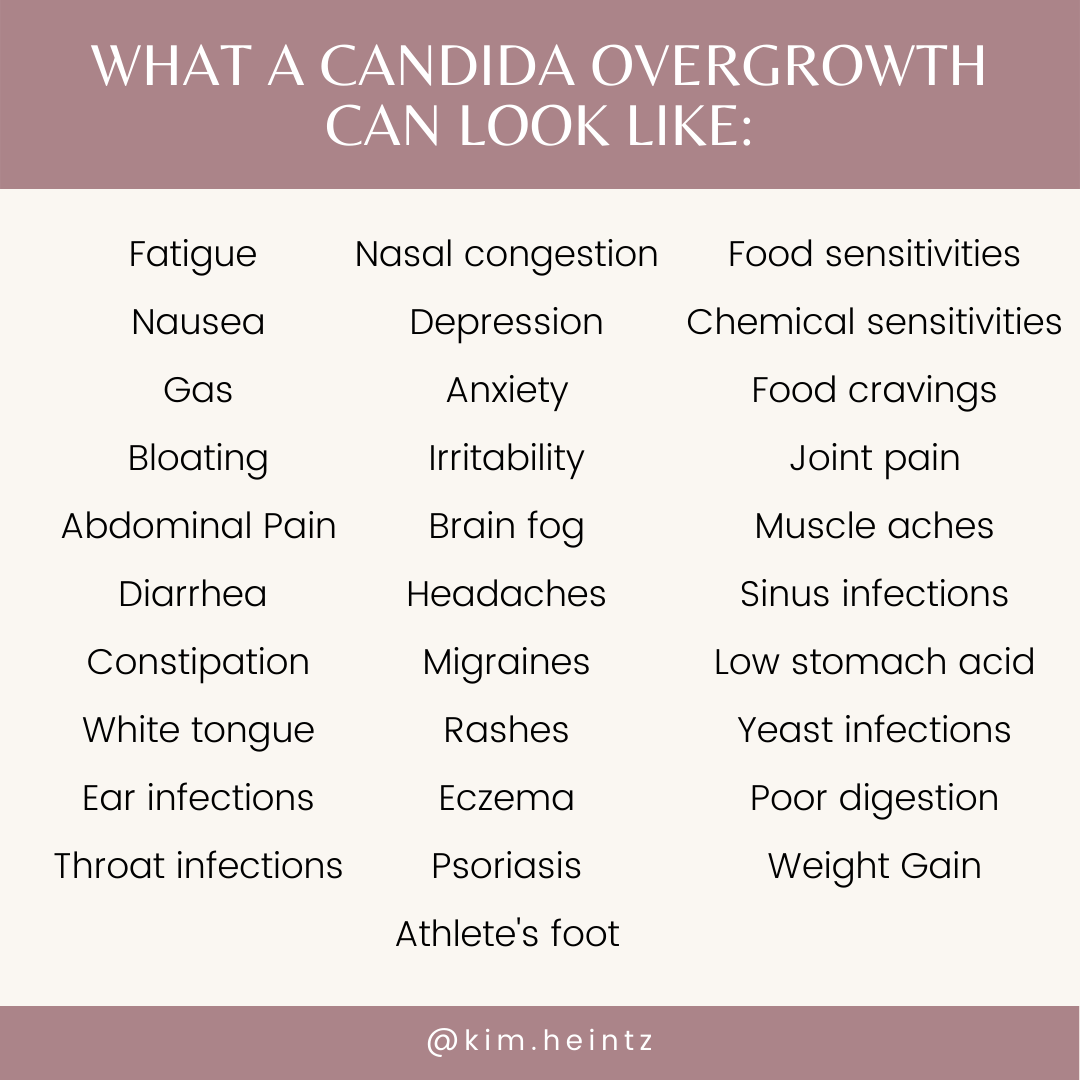 This overgrowth can be caused by several factors, including:

…They follow a strict diet that is designed to starve it.
…They do “candida cleanses”.
…They take a probiotic and drink kombucha.
…They try some essential oils.

Yet, they still deal with it – nothing seems to work.

There are a bunch of different reasons for this, which are outlined below, but the key thing is that they are only focusing on one piece of a bigger problem.

There are contributing factors causing its overgrowth. Thus, it’s important to look for the root cause of your candida rather than assuming that it is the singular problem.

I see a lot of people either only testing for candida or just assuming they have it and focusing specifically on treating that. However, if you treat that without addressing other gut infections, it’s going to be extremely hard to get rid of. Candida is often one of the last gut infections we address when it’s present, rather than the first.

2. Eating foods that fuel it: Continuing to consume sugar, refined carbs, alcohol, and other foods that candida feeds on will cause the candida to thrive. Candida LOVES these things. So if you continue to eat them, even just a few times a week, it can continuously feed the candida which makes it get comfortable and stay around.

4. Mold exposure: Mold exposure compromises your entire immune system, allowing Candida overgrowth. When I see candida or mold on the labs I run on clients, we do a full protocol to address both because they often go hand-in-hand.

5. Heavy metals: Candida thrives in heavy metal polluted environments. And we can get heavy metals from so many of the food, water, and products we use.

Doing the right testing and implementing the right protocols designed for your exact needs and working with a trained practitioner is going to be what gets to the bottom of things once and for all.

I’m a huge believer of this motto, which is why I like to run labs on all my clients.

There are three labs that anyone who is struggling with candida should run:

If you have been dealing with the above symptoms for a long time and you’re tired of trying to do this on your own, let’s talk.

On this call, we’ll have an open dialogue about:

>> Click here to book a time that works best for you <<