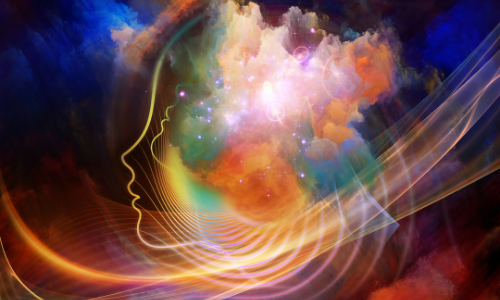 I never would have said I had brain fog, not until now at least.

Brain fog is a term that is not typically recognized by most traditional health professionals, yet it is extremely prevalent.

It’s a phrase that basically sums up a collection of symptoms or feelings that can include:

All of which are very common but NOT NORMAL.

As someone who has always excelled in any job I ever had, who is hard working, an endurance athlete, and likes to have multiple projects going on at the same time, I never stopped for a moment to think I might be suffering from brain fog.

I simply kept working towards my personal and business goals, thinking it was normal to need so many lists or Post-It notes lying around to keep everything straight.

It wasn’t until my brain fog lifted that I realized it had been there.

These days I’m sharp as a tack, super clear, mentally tough and I’m bursting with creativity. I’m managing both of my businesses with ease and crushing it in my endurance mountain bike races.

I hardly need a list for the little things anymore, I can easily recall details, I’m knocking out tasks left and right without feeling physically or mentally exhausted, and I have energy to spare for social activities.

I am 100% back to being my go-getter self and I am more productive than ever before!

Sometimes we only know what we know until we experience something different. It took getting out of the fog for me to realize I had been in it for so long.

The fog crept up on me the same way it slowly rolls in off the coastline. Super stealthy, low to the ground, until wham! You can’t even see two feet in front of you.

I had become so used to living in the fog, I didn’t even know it existed. I adapted to my less efficient ways of functioning and thinking by creating more lists, using more post-it-notes, engaging in less social activities and taking on less work.

Some of which I needed to do to heal, but before I knew I needed that, I adapted because I couldn’t keep up.

Typically we tend to brush off symptoms like brain fog and associate them with “just getting older.” But what we don’t realize is that these symptoms are NOT a part of getting older, rather they are a sign that something isn’t right in our body.

These subtle signs of brain fog can actually be early indicators of brain inflammation, and left unattended to, they can increase our risk for dementia, Alzheimer’s, other degenerative diseases and larger scale health conditions such as autoimmunity or even cancer.

Just like any other dysfunction, disease or condition, inflammation is at the core of brain fog.

It is believed that high levels of inflammation alter 3 primary hormones that dictate brain function:

And inflammation in the gut particularly has a huge effect on brain function since it can directly interfere with the gut-brain axis.

The key to lifting brain fog is figuring out what’s fueling the inflammatory fire.

Inflammatory factors can be different for everyone.

For me, in my time of brain fog, imbalanced hormones and copper toxicity were huge inflammatory factors along with contaminated tap water, food sensitivities and a variety of intestinal parasites, bacteria and yeast overgrowth.

For others, brain fog and inflammation might be fueled by:

As I discovered, even once you start to lift the fog, there is an endless possibility for how much better you can actually feel.

Remember, you only know what you know until you know something different. So if you want to feel exceptional, then lifting the fog may just be the start of it and clearing the fog completely is your end goal.

If you take action in these 6 areas and find yourself still struggling with brain fog, then it just means you might need to dig deeper, investigate further and identify other contributing factors for inflammation like I did.

Don’t just suck it up and see signs of brain fog as “ getting older” OR let them get diagnosed as something else paired with a quick fix medication, leaving you settling for a lower quality of life or just getting by but still not feeling like yourself.

Do me a favor… don’t settle for anything less than what you deserve (which is the world plus some BTW) when it comes to your health and wellbeing.

Don’t let the signs your body is giving you go unnoticed.

If you need help getting your hands on the right lab tests and resources to lift your brain fog so you can feel like yourself again, then schedule a complimentary call with me here or email me today!