Is the copper IUD a safe birth control option? 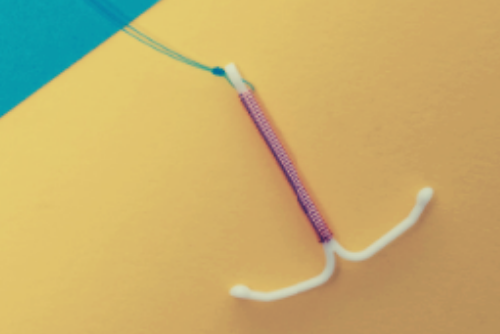 Due to all side effects I dealt with after over 12 years on the pill, I decided to switch over to the copper IUD.  My doctor told me it was a great and safe alternative because it was non-hormonal and it had a really high effective rate of preventing pregnancy.The copper IUD looks just like any IUD but instead of releasing hormones, it has a copper coil wrapped around the t-shaped plastic device.That copper produces an inflammatory reaction that interferes with sperm movement, thus preventing pregnancy.I was pretty excited about this because I wouldn’t have to try to remember to take a little pill every single morning, there were no hormones, and you could leave it in for 10 years.Basically, just set it and forget it! Or so I thought.Unfortunately, it didn’t end up being quite the magic replacement for the pill that I thought it would be.The number of health issues I dealt with AFTER getting the IUD only increased.  It didn’t happen right away, but within 6 months of having it placed, I noticed that I was REALLY struggling.My weight jumped up 20 lbs, I had a ton more brain fog, I would start crying for no reason (even while out on bike rides, which is typically my happy place), I started dealing with weird skin issues, and I felt like my ability to focus on things dramatically decreased. Because these things didn’t start right away and I had just come out of an exceptionally difficult time in my life, I didn’t think that they were related to the IUD. I even asked my doctor at my annual checkup and she said that there was no way those things were related.So I started to think it was because I was just getting older.For nearly 3 years, I struggled – until one night it hit me that the IUD must be the culprit.At the time, there was very little information online about issues women were experiencing tied back to the copper IUD.  I decided to get it out to see if my suspicions were right. If I was wrong, I could always get it put back in.I told people that it was a little experiment I was doing on myself.At the same time, I did some testing through a functional health coach and implemented a few key strategies to help restore balance to my body.Sure enough, within weeks, I started feeling better. And a few months later, all my health issues were gone.Fast forward to today, fortunately, there is a lot more information out there about the negative effects of the copper IUD. There are a few practitioners talking about it and several Facebook groups have popped up with women talking about their experiences with it.Gosh, do I wish that information was available to me when I decided to get it inserted. I would have been a more informed patient.I do believe it’s important to know both sides to what we put into our bodies.  So I wanted to share 4 things to know about the copper IUD, just so you are in the know:1. Even though it’s non-hormonal, it can still lead to estrogen dominance

Estrogen dominance, simply put, means there is too much estrogen in the body. This can lead to a number of health issues.  It’s a pretty common situation that women deal with these days due to all forms of birth control.

When there is too much estrogen, the liver has a hard time processing it all out and we might start to experience symptoms such as bloating, breast tenderness, low libido, worse PMS, mood swings, headaches, extra weight, hair loss, sleep issues, and memory problems.
2. It can lead to longer and heavier periodsOn the patient information handout for Paragard (the only brand of copper IUD approved in the US), it has a warning that “Bleeding patterns: may be altered and result in heavier and longer bleeding with spotting.”I found this to be 100% true for me. On the pill, my periods were about 2.5 days, off the pill they are about 5 days, and on the copper IUD, they lasted between 10-12 days. And they were exponentially heavier.It felt l was on my period all the time.3. Oh, but that’s not the only side effect…Additional common side effects listed on the Paragard info sheet include anemia, pain during sex, vaginal irritation, backache, painful periods, vaginal discharge, and pain and cramping.They also say that those are not the only side effects of this little device.Additionally, there are several warnings about embedment – meaning that it “may become attached to the wall of the uterus. This may make it hard to remove Paragard. Surgery may sometimes be needed to remove Paragard.”I’m fortunate that this was not my experience, but I have seen many women in the Facebook groups I mentioned earlier who said they had to have it removed via surgery.4. It can cause copper toxicityWith an ongoing exposure to copper, and estrogen and copper raising each other, it’s no mystery why copper toxicity could be a situation for women who have the copper IUD.The symptoms of copper toxicity are very similar to estrogen dominance that I mentioned above.  Additionally, copper is a very emotionally-charged element, so women who have copper toxicity also deal with racing mind, tearfulness, ruminating negative thoughts, high anxiety, candida/yeast infections, gut infections, personality change, and more.The only way to know for sure if copper toxicity is a thing for you is through testing your hair with a hair tissue mineral analysis, which is a simple hair test that you can take at home.Copper toxicity can take up to 2 years to get rid of in the body – if you’re following a specific protocol under the care of a practitioner. And elevated copper levels can stay in the body for much longer if not addressed.In summary…So those are 4 facts that I wanted to share with you about the copper IUD.  To me, that’s not really the “safe” alternative to hormonal birth control my doctor proudly told me all those years ago.With anything, we have to weigh the risk with the reward. In this case – the risks associated with the copper IUD against the reward of having a form of contraception that you never have to remember to take.I wish I had known the risks more because I’m not sure I would have opted in for it.If this is something you or a friend/family member are considering…always do your due diligence in researching and weigh the pros and cons fully before moving forward.If you feel like you’re dealing with symptoms of estrogen dominance or copper toxicity (which can occur without the copper IUD), and you want some help figuring out how you can heal these imbalances, I encourage you to book a complimentary 45-minute call with me.We’ll discuss the symptoms you’re dealing with, what you’ve already tried, and what my recommendation is from there.